Enjoy this Wild Mushroom Chickpea Hash over the campfire or at home.

Note: I am not a mushroom expert; do not consume any mushroom that you are not 100% sure about.

During our stay at Ohiopyle State Park, we got to experience something special. A recent rain provided enough moisture for a large golden chanterelle mushroom bloom.

While I was walking near our campsite, I noticed something yellow on the ground. Upon closer inspection, I realized it was a small cluster of mushrooms.  I was not sure if they were safe to pick and eat. 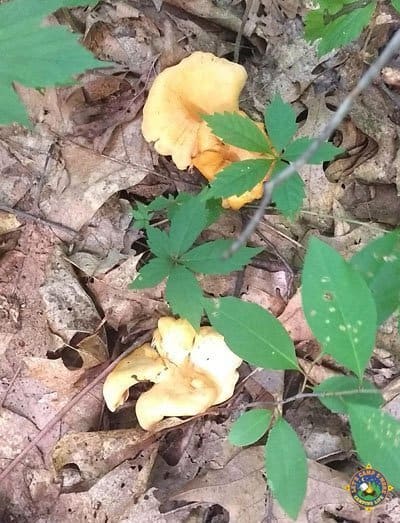 I noticed someone picking them, so I approached him and asked if he knew enough about them to verify what they were.

The guy’s name was Mike and he told me that they were, in fact, golden chanterelle mushrooms.  Mike assured me that these were safe to eat, after cooking them.

I joined him on the hunt and we were able to pick a lot of them.  Check out the video conversation that I had with Mike about living in Pennsylvania and mushroom hunting.

There were plenty of mushrooms, so we both got as many as we wanted along with other campers in the area. 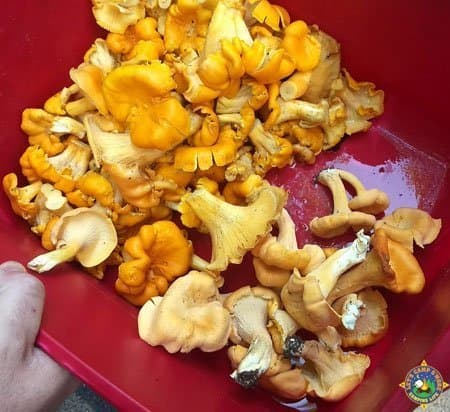 I got so many that we were able to get two meals out of them.  But before you can cook them, it is a good idea to soak them in water for a little while.  This gets the dirt and bugs off of them, that makes them more pleasant to eat.

It was breakfast time so I took about a third of what I had gathered and decided to make mushroom omelets.  Well, I wasn’t sure I would get the mushrooms cooked all the way through before the egg cooked, so I pan fried the mushrooms first and then made scrambled eggs. Pretty much the same thing, right? 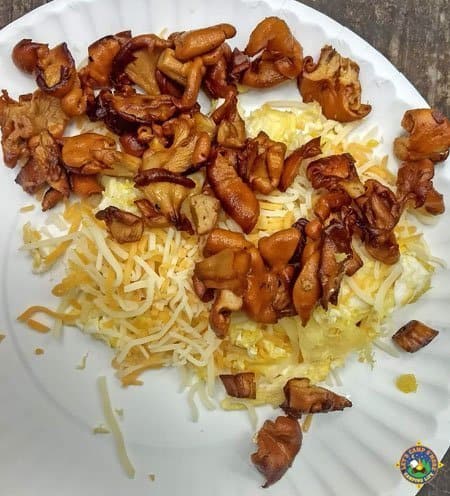 That evening we made a Wild Mushroom Chickpea Hash over the campfire using the golden chanterelles.

You can see our chickpea hash recipe at the bottom of this post.  We used bacon and yellow zucchini in our hash. Feel free to adapt the recipe to your favorite ingredients. 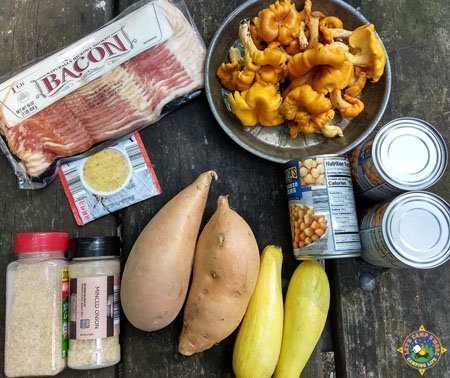 As usual, we cooked it all in a very large cast iron skillet over the campfire.  The mushrooms added a very woody, earthy flavor to the meal. 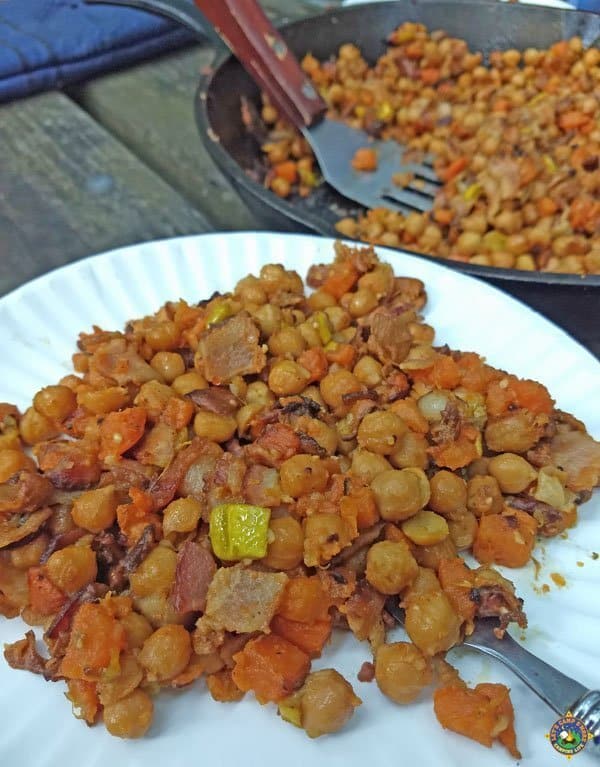 If you love cast iron skillet cooking, check out these Stuffed Portobello Caps or this Sweet Potato and Sausage Skillet.

Not only was it fun to eat what nature provided, but it was also pretty cool to meet someone with local knowledge who shared with us about mushrooms and other Pennsylvania things. 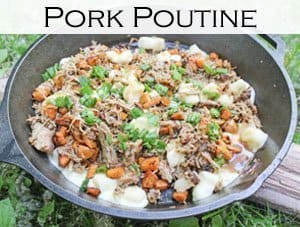 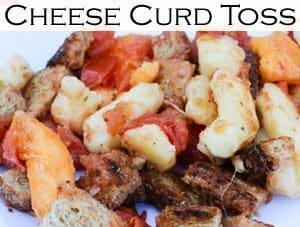 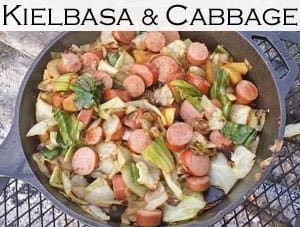 This recipe is very easy to adapt, using your favorite ingredients. Omit the bacon to keep it vegetarian. 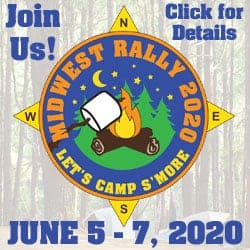